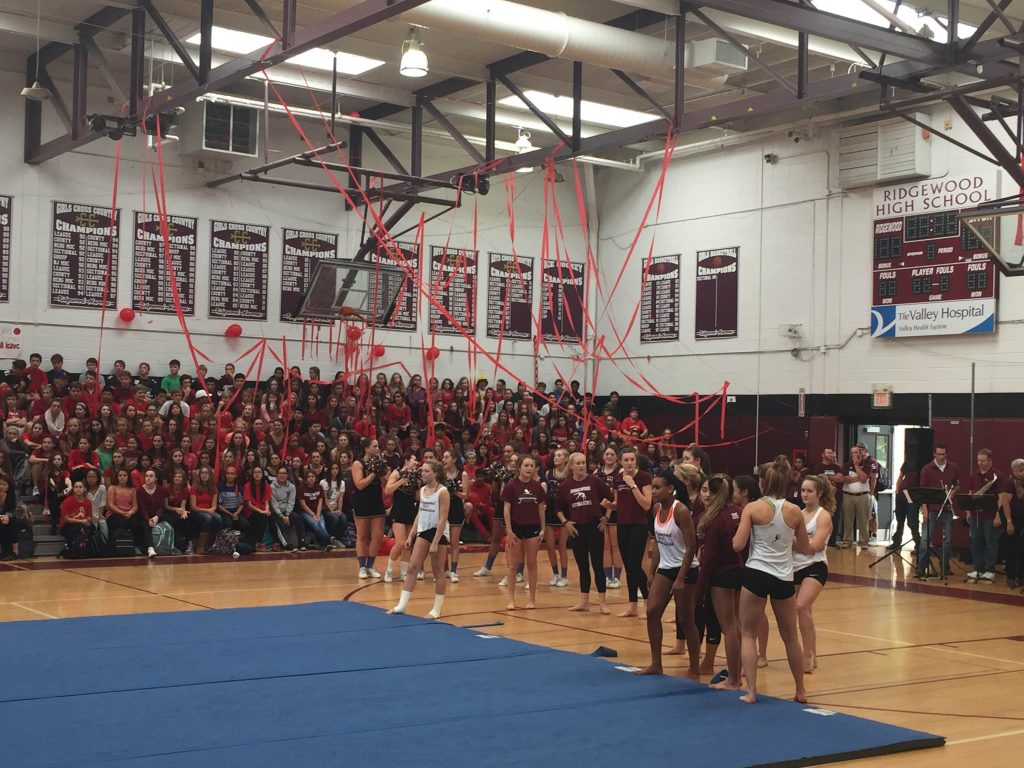 The Ridgewood High School’s Spirit Week brightened up each student on the first week of October. Starting off with “Maroon Day” on Monday, October 5th, students showed their spirit by wearing their Ridgewood High School sports jerseys and other maroon clothing. Tuesday was Tie Dye Tuesday where students showed off their unique tie dye patterns. Some were even sporting homemade shirts.

Many students wondered what to wear for the next day, Space Cowboy Wednesday. Staff and students got creative to fit the eccentric theme took pride in their  Wednesday apparel. For example, Dr. Schaeffer, the sophomore grade administrator, wore a metallic space jacket.

Following the spacey theme was the Tropical Thursday, a throwback to summer. Some sported Hawaiian shirts, and the cheerleading team handed out leis provided by the Student Government. The last day of Spirit Week was Color Wars. The freshman, sophomores, juniors, and seniors were assigned the colors red, blue, white, and black, respectively.

Friday had the best participation from all grades, as Color Wars is a tradition. However, it was one of the only days with significant involvement.

In fact, the lack of enthusiasm from the student body was concerning to the grade advisors. In a Student Government meeting on Thursday, the members shared their disappointment with the apathy of the students. They even questioned whether the pep rally should even occur. Student Government, however, promised the grade advisors that the student body did care about school spirit, and the pep rally was given the green light again.

As the school day came to a close, the pep rally started in the main gymnasium of Ridgewood High School. A plethora of students filed into the colorful, decorated gym as the gymnastics team performed various stunts and the cheerleaders danced along to the music.

After their performance, the competitions began. Students from each grade participated in games such as a relay race, spelling bee, tug of war, dodgeball, and a dance competition. The spelling bee had some intense moments as a freshman seemed stronger than his senior competitors. However, his victory only lasted until the final round, giving the winning point to the seniors. Dodgeball was also entertaining, as the final minutes were a  battle between one sophomore and one junior and the entire team of seniors.

Students showed their school spirit through cheering for their grades, especially when a team of teachers was thrown into the mix, competing against the champion junior team in the final round of tug of war.

The seniors won the Pep Rally overall as was expected, but every grade enjoyed a break from their school work to show their spirit and compete against one another.]