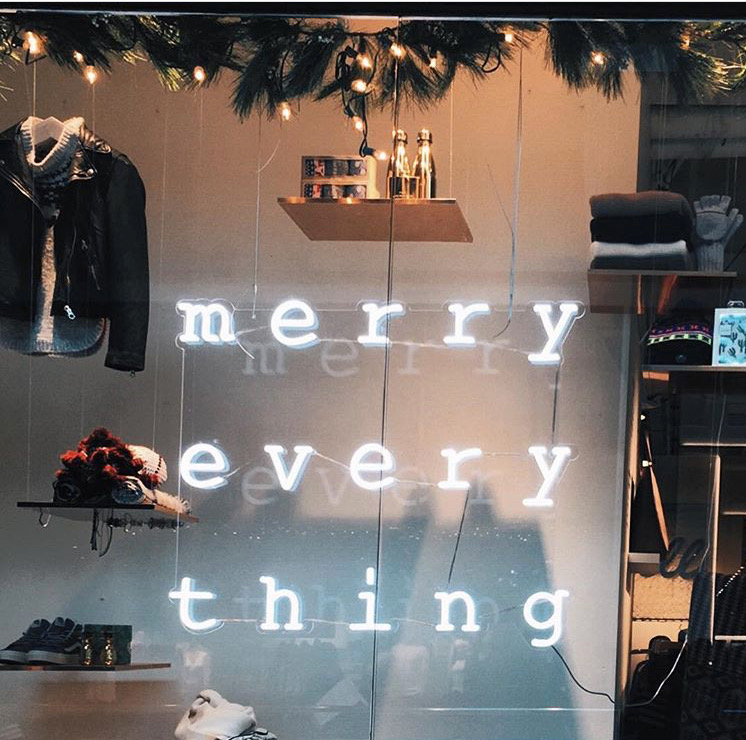 You wake up in the morning, glance at the calendar. November 1st. Why did you save that inevitable mall trip until today? Ready for a morning awash with artificially perfumed mall kiosks and department store after department store convincing you that, yes, Christmas is the most wonderful time of the year, you step out into the cool autumn day.

On the way to the mall, you feel parched. Is it the hankering for a Pumpkin Spice Latte? No, no, that can’t be it– it’s November 1st after all. You drive to your local Starbucks and order something seasonally appropriate. A peppermint mocha? A snickerdoodle hot chocolate? Of course, it comes sleeved in a holiday cup, covered in mistletoe.

Between the warm latte cradled in your mittened hands and the vision of Garden State Plaza in your mind, it feels like no time at all has passed until you find yourself standing in Macy’s. Bombarded by vibrant, red bows and glittering displays boasting limited edition holiday products, you suddenly feel overwhelmed by it all.

You aren’t the only one. Holiday marketing campaigns are inescapable. What some see as a creative opportunity to spin a fresh new look for a tired, poorly-selling product, others see as the capitalization of a season that should revolve solely on its religious merits. Regardless of where one finds themself on this spectrum, being inundated with product placements and special holiday bargains is inevitable. This can seem harmless, only until you check Twitter and see that Starbucks’ 2015 hotly anticipated holiday cup design had been branded by some as anti-Christian for its lack of explicitly Christmas-oriented imagery. 2017’s cup was attacked for “spreading a gay agenda” according to some conservative news outlets, for featuring a pair of holding hands that were decidedly not gendered.

That said, many ad campaigns that arise for the holidays seem to truly grasp at the essence of the season. After the terrifying hoards of people that swarm to Macy’s for their “Thanksgiving One Day Sale” and then back again for Black Friday, they soften their approach notably for Christmas advertisements. In 2016, Macy’s coined the #DearSanta campaign aimed to revitalize children’s belief in Santa– they would donate to Make A Wish Foundation for each letter dropped off in a Macy’s department store. The approach was wildly successful. Who doesn’t love perpetuating childhood naivete while simultaneously getting all of your shopping done?

But even still, some may roll their eyes at the cloyingly sentimental attempts made by major department stores. These pragmatists may feel more at home among a company like Ghiradelli, who devote their website to holiday gift-guides and discounted packages fit to sit under a tree (or by a menorah.) It begs the question; as a consumer, do you want a company that levels with you and leans fully into the materialism of the holiday season, or would you prefer to forego that for the notion that there is still nobility left in Christmas? It’s worth considering as December looms in the distance.