“I started my b 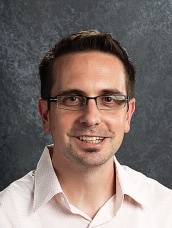 and in my last school with my friend Pete, who was a math teacher. Together, we did little song parodies for the students in the gym. Around Christmastime the school held its Christmas play and, before the show started, we would go on stage to perform song parodies that usually mocked the students. Since we had the guitars out and were mocking the students with these little parodies, we decided that we should do this “for real”.  I started writing silly songs that were about more than just students’ grades dropping. Today, there are six people in our band “The Bitter Chills”. It started as a thing that was made to make fun of students and then it turned into a real band that records albums and plays out in public.” 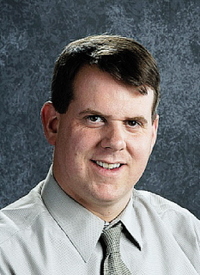 t very seriously. I took lessons, but it was just something I did for fun. Growing up, I helped out at my church, shoveling walkways and cleaning up. When my church starting building a huge pipe organ I expressed interest in learning how to play it and then got lessons in it. For about two years I took lessons and then the usual organist couldn’t come on Sunday so I was forced into playing. Even though I only knew a few songs they asked if I could play at a weekly service. That’s when I really started practicing because I had to play each week. On the day I got my driver’s license, which was in November of my senior year, a church in Jersey City called me and said they needed an organist for a wedding. I told them I only knew how to play Ode to Joy, but they said all they needed was some music. So I went down and played for that wedding. Then, they hired me to be their music director so, at seventeen years old, I was playing with a choir of thirty people and this huge pipe organ under a big window up in a balcony. I was a full time music director while I was in high school and worked there for a number of years. In 1994, which then I was 22 years old, the organist at my church left and I took over the job there.  Shortly afterwards, my main singer from Jersey City, who I’m still working with, moved to the area to sing with me and the choir at my church kept getting better and better. Because I never went to school for music, I could play the organ but I didn’t consider myself a musician. I knew I needed help so I reached out to a music teacher. In 2001, Mrs. Kubian, who taught in the school district for many years, started helping me work with my choir. We still direct the choir together, 15 years later. ” 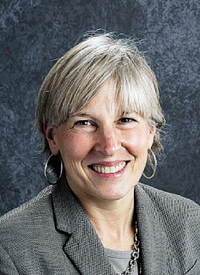 “I was a bartender up in Albany where I went to school in Saratoga. At that time, there would be a lot of Motown groups like the Temptations and some comedians. They would have dinner and come in have a drink. I also went down the Olympic bobsled run with the bobsled team. It was great. I was third man, of course, because I’m not going be the break man and I’m not going to sit in the front. I was wearing these earrings, these gold posts, and you know how intense the ride was. Well, my earrings were post – I’m gonna emphasize that – and I had my helmet on, but when I got off the bobsled the earrings were gone.  Both of them. Out. It had to be that S curve. That was a fun experience I have always remembered.”

“When I went here, students were allowed to park on Heermance and the janitors 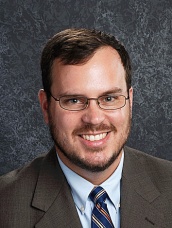 would chain the cars in for the day. So you could drive to school, but then your car was locked in front of the school all day and you couldn’t get it until the end of the day. Back then, I had a little Honda and I would get to school early and park it, but when I would have a double lunch I’d want to go out to lunch. To pull out of the spot I would get out of my car and put the Honda in drive, but I’d pull the emergency break up three quarters of the way so it would drive forward very, very slowly. Then I’d get out of the car and I’d hold the chain up and since my Honda was small enough it would fit underneath. Once my car got out I’d have to run to get into my moving car and then I’d drive off. One time, the wheel wasn’t perfectly straight as the car was coming back in from Ridgewood Avenue and the car veered a little bit to the left. Luckily, I got in it and stopped it before it drove down on to the football field. One thing that still exists today is the sense of camaraderie and how people go out to lunch together but Wilkes was not very popular back then. There was another deli called The Italian Deli. Instead of the buffalo chicken sandwich, there was a sandwich called the “field worker” which was very popular. It had taylor ham, eggs and cheese and diced potatoes on a long roll. That’s what all the football and lacrosse players ordered. I would say while some things have changed others have remained the same.” 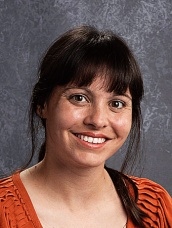 “The biggest life changing thing I ever did was travel around the entire perimeter of the country with my now husband when I was 22. We hit 29 states in 26 days. I’ve actually been to 48 states at this point; I’m missing Alaska and North Dakota. And we hit every national park we could. We ate Subway sandwiches way more than we probably should have. We lived on a seriously miniscule budget and slept under the stars. We slept in crappy motels, stopped at Graceland, Yosemite, and saw Mount Rushmore, the Badlands, and the Grand Canyon. We hit Jazz Fest in New Orleans. It was incredible. I’m a big believer in seeing everything you can see and traveling as much as you can.”

“I was working a really awful job as a speechwriter for a politician; she was not a 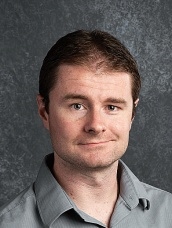 nice person, she beat me down – a lot. And so, I had a choice to make: I could stay with that job, keep going with it and be miserable or I could do something to change it. I tried many things. I tried applying for different jobs but it was the height of the most recent recession and no one was hiring. So, I decided to do something that I had wanted to do since college. I booked a year-long visa in Australia and quit my job two weeks before I left for Melbourne. I bought a plane ticket in January with what little savings I had and hopped on a flight, not knowing what I was going to do. I was terrified. I think I was homesick and there were probably about a dozen times I almost turned around and went back to the airport to come home, questioning what I was doing. I did not. I stuck with it. Eventually, I found a flat to live in. I found some odd jobs to do to keep me in money. Then I went out and started exploring the country. There was a time when I was camping in the Outback under the stars. There was no artificial light whatsoever – no cities, no towns, no lampposts, no flashlights. I remember looking up and seeing everything – every star, every part of the Milky Way. And I remember in that moment like just kind of like getting it, getting what life is about. I don’t know if I have always kept that sentiment, but I always remember in that moment thinking, ‘This is what living is about – experiencing things like this, seeing things like this.’ You could see everything. There were shooting stars every couple of seconds. There are things out there you don’t realize. I even saw a satellite go by. It was a very breathtaking experience and one I have always kept with me.”