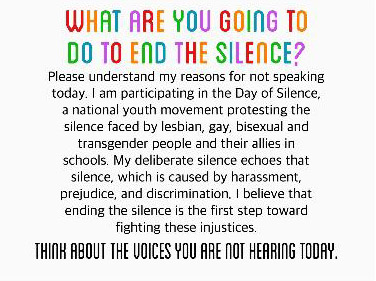 “At RHS I very much felt the general societal pressure to be closeted.”

“Lukewarm, I think, is the best way to describe it.”

“It’s not that people don’t support the LGBT community; they just don’t want the judgement that comes with it.”

In the so-called millennial generation that has emerged in the past decade, the modern day youth seemingly changes every field they enter with each passing day. Whether it be the social media rage that has become a part of daily life or new technological innovations that flood headlines everyday, teens and young adults are the new faces of change, of adaptation, and of acceptance- or so we hope. Does Ridgewood High School fit this standard?

According to the Human Rights Campaign, 42 percent of LGBT youth say the community in which they live is not accepting of LGBT youth. The views of “acceptance,” however, vary in extremes as well. In the LGBT community specifically, acceptance could mean anything from mere tolerance from peers, to an absence of violence or obvious oppression, or to the general definition of welcoming encouragement. The degrees of “acceptance,” therefore, are clear indicators as to how a youth might feel as an LGBT individual.

As empathetic people, most would hope that classmates and peers are comfortable being their true selves. This is often not the case, though; around the country, LGBT teens are twice as likely to say they have been physically harassed or assaulted as their straight counterparts. Although for the most part this is not the case at RHS, an undercurrent of discomfort with the subject still remains. When the subject comes up in classes or in conversations, many are still uncomfortable navigating through such conversation. 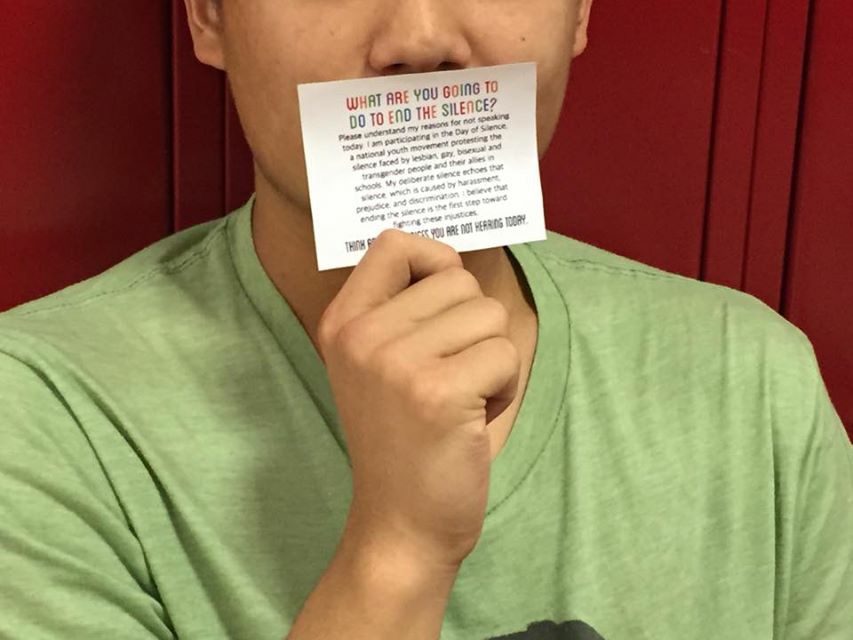 RHS graduate and former Gay Straight Alliance President Britta Potter describes her experience leaving the high school, saying, “In just this year since leaving RHS, many of my friends/classmates have come out as queer or trans[gender]. Especially trans. And I think that’s a combination of people who knew they were queer or trans but didn’t feel comfortable being out in Ridgewood’s lukewarm environment, and people who didn’t realize or want to acknowledge their identities until they got to a place that was more open and actively accepting of LGBT folks [and] open to experimentation and questioning.”

What makes RHS, an institution dedicated to helping students find themselves and their interests, fail to help its students feel comfortable with admitting their true identities? “The general atmosphere of RHS is more stand-offish than anything else, towards queer folks, which made developing a strong pride in identity hard because it was much easier to just go with the flow…”. Britta went on to note that the lack of role models or strong communities of people who were actively out made it hard for her and several of her peers to get the momentum going to display their beliefs. “There was already so much pressure on us from society to just leave the status quo as is.” She even went on to draw a parallel to the national “Don’t Ask Don’t Tell” controversy, pointing out the similarity in the unwillingness of the community as a whole to touch on the matter.

And as some youth gain ground in their struggle against discrimination, others are hit even harder by the judgement and hate from their peers. Several agree that boys who question their sexuality are targeted more publically within schools, or and are expected to get involved in certain activities or interest based purely of their sexual identity. “And

there’s nothing wrong with being gay and in [these organizations],” comments Nina Butler, President of the Gay Straight Alliance Chapter at Ridgewood High School. “[These clubs are] great but at the same time, I think the school threatens LGBT youth who challenge stereotypes.”

90 percent of LGBT youth say that they are out to their friends, while 64 percent say they are out to their classmates and peers. What does that mean for friends? “Make your stance known. The fear that a lot of kids who are about to come out bring up to me is that they just have no clue how their friends will react,” says Nina. “They think their friends will be okay with it but they just aren’t sure. So be as proud about your support as you hope your LGBT friends would be about who they are.”