October 6th was a rainy Saturday, but that didn’t stop Drew Parsekian and Matt Defeo from raising over one thousand dollars for victims of Hurricane Florence, a powerful category four hurricane that ravaged the Carolinas in September of 2018. Co-founder Matt Defeo came up with the idea of a spikeball tournament for charity last year after Hurricane Irma, but the idea didn’t become a reality until this fall in the wake of Hurricane Florence. Defeo and other founder Drew Parsekian capitalized on the sport’s recent popularity, and caught the attention of the many young people at RHS who play it. Spikeball is a game in which two pairs face off, trying to bounce the ball off the spikeball net and make it difficult for their adversaries to do the same.

After reaching out to RHS Athletic Director Mr. Cook, they took on the task of organizing the whole day. After booking Stevens Field for October 6th from 12-4 for the tournament, they began advertising the event via their social media page, @spikeballhurricanerelief, and within the first week over 90 students signed up and they amassed 166 followers. “We were really surprised at the high sign-up counts, and it motivated us to make the tournament even better,” Matt Defeo told The High Times. The donation per team was 20 dollars, with teams paying in cash and through Venmo. Parsekian and Defeo chose to put all the money towards “Donors Choose,” a nonprofit organization that helps teachers and students restock their classrooms, many of which were destroyed by Hurricane Florence. In these efforts to help every student have the tools they need for a great education, Drew and Matt also needed the donation of dozens of spikeball nets and balls, and again with the help of social media they ended up receiving 15 of them. With every element of the tournament in place, all that was left to do was wait for the exciting day. 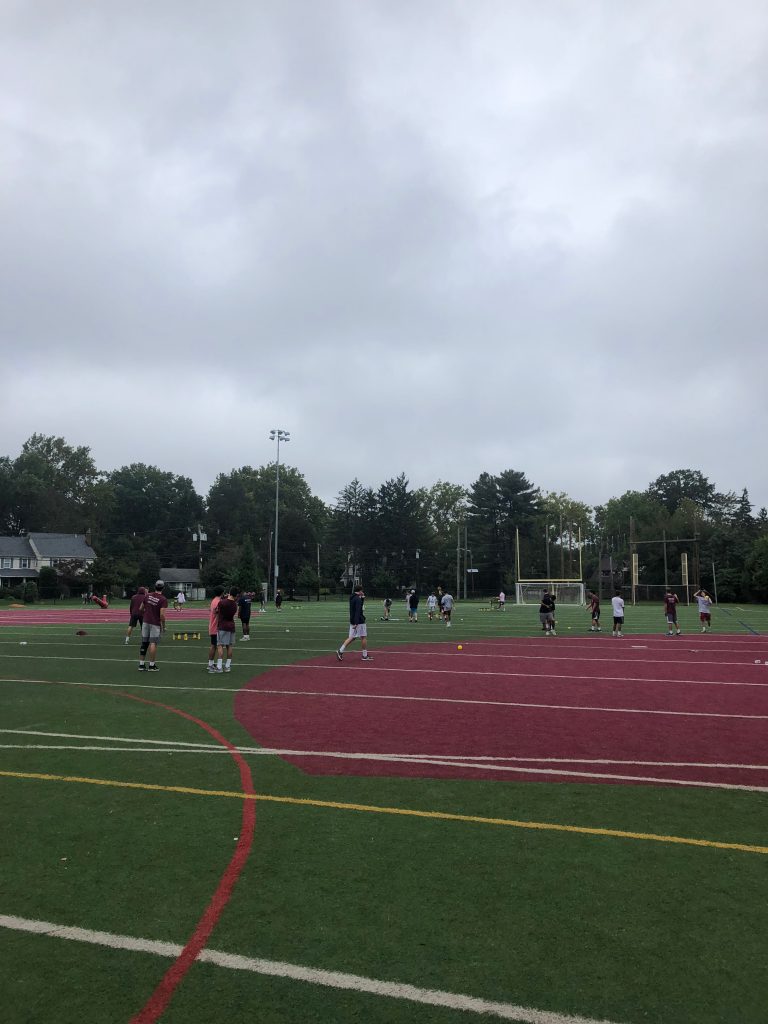 With the help of Mr. Pizzuto, Mr. Nyhuis, Mr. Lug, and RHS’s janitors, Drew and Matt organized the event’s landscape a couple hours before it began, setting up a tent, several large speakers for music to entertain the players, and snacks such as Kind bars and Snickers. The tournament schedule was posted at the tent, with the names and matches of each team set up so that the tournament would run smoothly.

Everyone started out playing on the 15 nets, and one by one a team would be eliminated. A few hours later, the teams left were Parsekian and Mitchell Saron, Jack Kraemer and Ben Geraghty, Davis Oscher and Matt Defeo, and Will Cardew and Jimmy Probert. Despite being eliminated from the tournament, the rest of the teams sat and watched the intense final matches, cheering on their peers as they advanced. In the grueling final match, Kraemer and Geraghty beat out Oscher and Defeo, winning gift cards for their efforts. After counting up all the donations, Defeo and Parsekian were shocked to see that they rose a whopping total of $1,156. “I’m very glad that we were able to turn such a fun day into something meaningful, and that everyone participating had an enjoyable day helping those affected by Hurricane Florence,” Parsekian recounted.