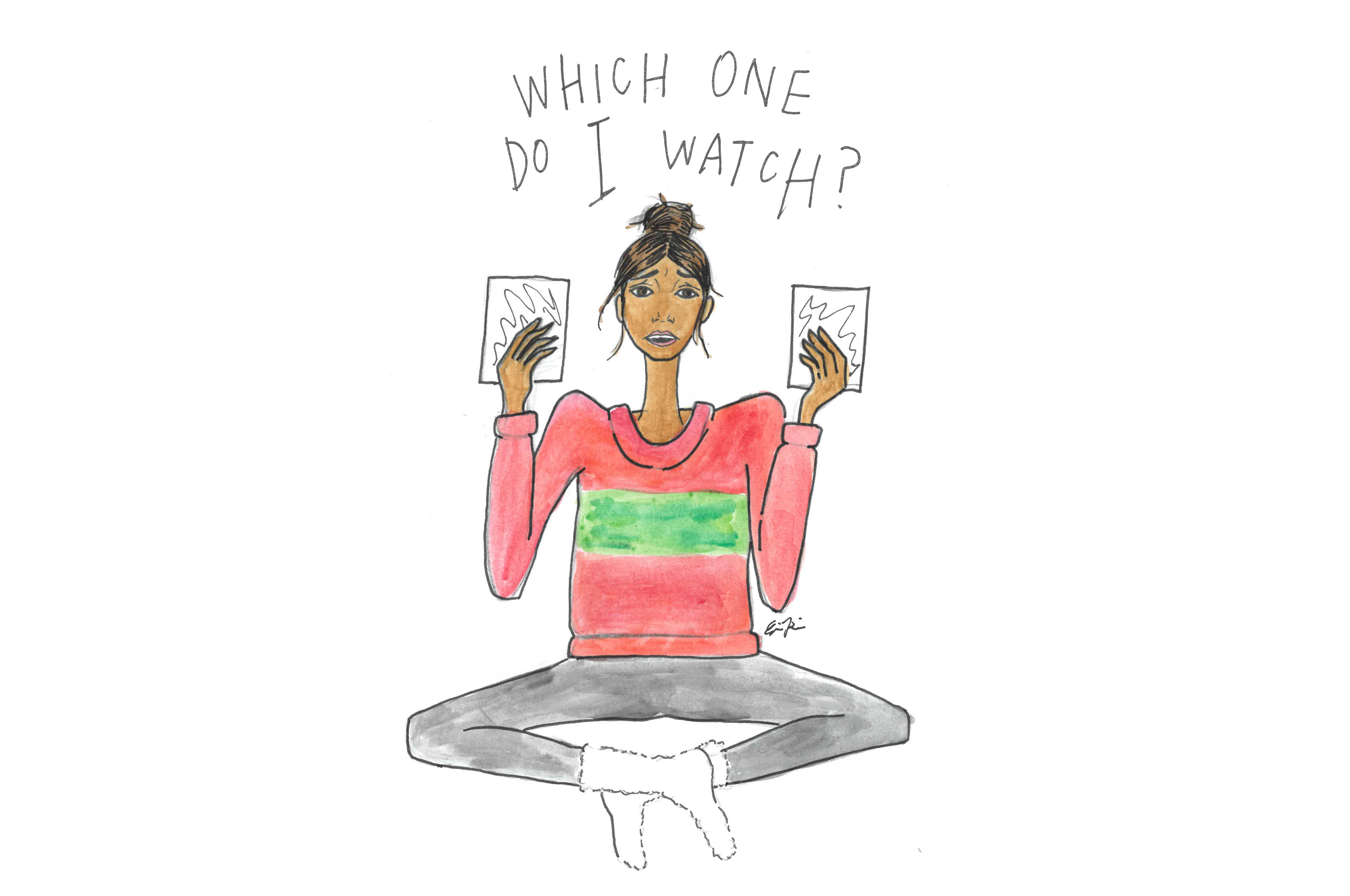 The sparkling fireplace illuminates the living room as you sink your feet into the coziest socks you own. Snow sprinkles outside your window as a warm pet snuggles against your shoulder. You can feel the mystical holiday energy surge around you, a warm feeling that everyone has felt at least once in their lifetime. However, there is a considerable issue at hand: you have no idea what holiday movie to watch. Don’t panic; we have you covered. Here are 5 holiday classics that are essential in achieving the most magical December possible.

This ultimate classic can move even the most dispassionate people into a sentimental state. The story follows a woman named Doris Walker, a realist who does not care for holiday rituals, especially after her divorce from her ex-husband. She has raises her daughter to be equally disinterest in the holiday season. While managing the Macy’s Department Store, Doris is in desperate need of a replacement Santa after facing conflict with previous actors. She finds a spirited man who goes by the name of Kris Kringle, and believes he is the real Santa Claus. Doris and many others question Kringle’s mental health, forcing him to undergo a mental examination performed by the store therapist, Granville Sawyer. Kringle continues to defend his controversial identity, sparking an intense fight with Sawyer. Kringle is then charged with fraud, but not before befriending Doris’s young daughter, Susan. During the trial, Doris’s close friend defends Kris, making very strong arguments on his part. With Kris’s sincerity and the lawyer’s intellect, both Doris and Susan seem to find genuine faith for the first time in their lives. This movie severely plays with viewers’  emotions through its repeated ups and downs. With a family, this can serve as a bonding movie, leaving you feeling safe and warm.

If you have not seen this movie yet, please watch it then return to reading this list. Elf illustrates a fantastic story from the account of Buddy (Will Ferrell), an orphan of a man named Walter Hobbs, who sneaks into Santa’s gift bag while he furnishes the christmas tree of the orphanage. When Buddy is brought back to Santa’s workshop, Santa and his Elves decide that they would keep him, having no better idea of what to do with the baby. As Buddy gets older, he soon discovers how he is a human and how he differs from his elf community. He is told by Santa that he has a real father, Hobbs, and how he is on the “Naughty List” this year. Buddy is shocked and is determined to find his real father in New York; on his journey, he says goodbye to many of his familiar sights on an iceberg, including a snowman and the hero of the show, Mr. Narwhal. When Buddy arrives in New York City, he meets his father, which goes contradictory to how he hoped it would. Walter Hobbs, his father, is known around his workplace to be very rude and inconsiderate of others. Hobbs perceives Buddy a joke, but gets panic-stricken when the “elf” claims that he is related to him. Hobbs desperately convinces Buddy to get a DNA test, which’s success reluctantly makes Buddy join Hobbs, his wife Emily, and his son Michael. While difficulty fitting into society, he also is attracted to Jovie, a woman he believes is an elf due to her wearing a costume in Gimbels. Ultimately, this movie has everything- Holiday energy, family bonding, and most of all- hilarity! Who could forget the scene when Buddy barges into the woman’s dressing room while secretly dueting “Baby it’s Cold Outside”? “Elf” is great to watch with either a group of close friends or your family.

It is evident that animated movies can really bring magic to your eyes, especially around this time of year. In this film, a boy who questions the actuality of Santa Claus aboards a train called the Polar Express. The train is heading to the magnificent and occult land of the North Pole, Santa’s workshop in particular. What he does not know at the time is that he is about to experience a sensational journey which acts on all your five senses, including taste- hot chocolate! This uplifting classic portrays how believing can make things that seem unimaginable come to life right in front of your eyes.

Two burglars trying to break into your house is horrifying enough, but especially if you are an eight-year-old home alone! The story is told through the eyes of Kevin, a child who was accidentally left at home during a family vacation. Kevin soon learns that he is not alone, however; two thieves are committed to stealing valuables kept in the house. As a young kid this type of movie could be terrifying, but watching it now is very entertaining, especially watching his ingenious thinking process. The mastermind makes a myriad of cardboard statues that resemble people to trick the burglars into thinking that it is a full house. When the burglars enter the house, Kevin pours marbles down the stairs while they are climbing them- you can imagine how that goes! All in all, this movie is jam-packed with excitement and holiday spirit.

This movie comes to show how the best movies during the holidays are not always Christmas-related. In Adam Sandler’s animated musical “Eight Crazy Nights”, Davey Stone, a 33 year-old party animal/alcoholic, gets in trouble with the law after frequently breaking it. Because of the holiday spirit, the judge gives Davey one more chance to prove himself by spending Hanukkah performing community service as an assistant referee for a youth basketball league. His other option is to go to jail. When Davey thinks that he’s been let off the hook easily, he meets Whitey Duvall, a good-hearted referee with an elf-like appearance. The battle between the two foil personalities makes them wonder if Davey going to jail would have been the better decision. This animation is fun and comical, the unique Hanukkah background distinguishing it from other holiday movies.

To conclude, you will never have to worry about finding a good holiday movie with this handy list of go-to’s! These movies can be used for family bonding or at a late-night get-together with friends. Not to mention, all these movies are available on Netflix and most other streaming services. So grab a fuzzy blanket, a remote, and some holiday cheer!