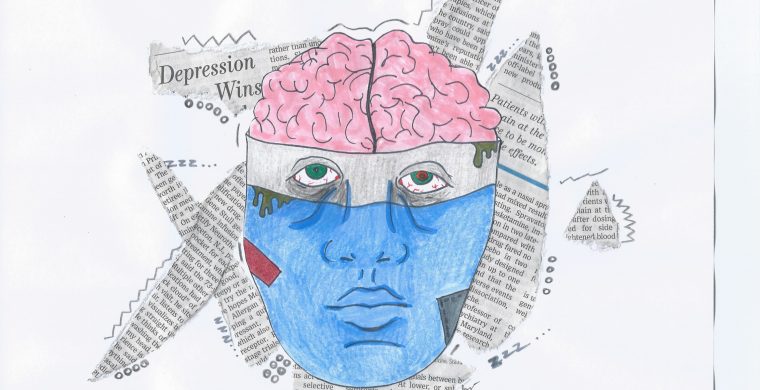 As adolescents, nearly all of us have had late nights. For some, these are pretty rare occurrences, while for others, getting to sleep at a decent hour is a nightly battle. A study conducted by the CDC found that 72.7 percent of high school students did not rest enough on school nights. While this is okay once in a while, research shows that string ties exist between sleep and mental health. While the relationship between these two issues is not completely understood, scientists find it highly likely that psychological disorders and difficulty sleeping fuel each other in a vicious cycle. In fact, Harvard Medical School reports that “the overlap between sleep disorders and various psychiatric problems is so great that researchers have long suspected both types of problems may have common biological roots.” For example, 65% to 95% of adults and as much as 90% of children with major depressive disorder also experience sleep problems.

Aside from serious mental health concerns, not getting enough sleep can make for a bad day. According to Junior Priyanka Lal, “Usually, because I’m taking pretty difficult classes, I don’t get enough sleep. Then when I get to school, I become a lot more stressed than I need to be. I’ll get more lethargic throughout the day and won’t be able to focus in class.” The same goes for freshman Esha Chinchankar, who noted, “If I rest I have a better time at school. Not getting enough sleep affects me negatively because I’ll be in a bad mood and my day will be harder to get through.” Priyanka and Esha aren’t alone in this opinion. Most people know from experience that after a sleepless night you may be left feeling irritable, stressed, or short-tempered. This was proven in a University of Pennsylvania study which found when subjects were limited to only 5 hours of sleep per night for one week, they reported feeling more stressed, angry, sad, and mentally exhausted. As always, however, there are exceptions to the rule. This is true for junior Lawrence Tiangco, who noted, “Even if I have no homework or tests to study for I’m going to find a reason to stay up late. If I’m not doing work, I will play games until 4:00 am. It’s a losing battle. But I don’t feel any different whether I get four hours or seven.”

Health concerns associated with lack of sleep have put schools under fire for start times which contradict adolescent circadian rhythms, or natural sleep patterns. Sleep-promoting hormones like melatonin naturally begin production later in teens than in adults. This is why most high school students have so much trouble waking up in the morning. According to biology professor Horacio de la Iglesia, “To ask a teen to be up and alert at 7:30 a.m. is like asking an adult to be active and alert at 5:30 a.m.” Research shows that sleep deprivation can lengthen circadian “dips”–the periods during which the body behaves as if in sleep mode. While teens normally experience their morning dip from 3:00 to 7:00 am, being sleep-deprived can cause dips to last until 9:00 or even 10:00 am. This makes focusing during the school day incredibly difficult. The previous night’s lack of sleep may even follow teens home, leaving many eager to take a nap instead of doing their homework in an attempt to catch up, thereby creating a debilitating pattern. Researchers at Washington University found that pushing the start time at a local high school from 7:50 am to 8:45 am resulted in an average 34 minute increase in students’ sleep each night. Just this little bit of extra sleeping time raised final grades as much as 4.5 percent.

The fact is, sleep is important–and not just for your mental health. According to the National Heart, Lung, and Blood Institute, “Sleep plays a vital role in good health and well-being throughout your life. Getting enough quality sleep at the right times can help protect your mental health, physical health, quality of life, and safety.” The next time you study until 2:30 am, it might also help to remember that a University of Ghent study found the scores of students who slept seven hours each night before an exam to be five percent higher than those of peers who slept six. Research proves that good sleep will extend your life, with exhaustion contributing to a growing risk of weight gain, diabetes, heart disease, stroke, and memory loss. So, whether or not you are included in the 20 percent of youth ages 13 to 18 living with a mental health condition, sleep specialists recommend you get seven to nine hours of sleep a night to rest your body and mind. High school can be rough, so give yourself the best chance you can with a good night’s rest. Sweet dreams!

Could You Give Up Your Phone for a Month?

What Do Colleges Care About? 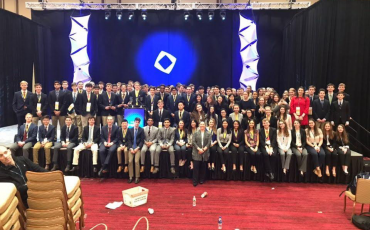 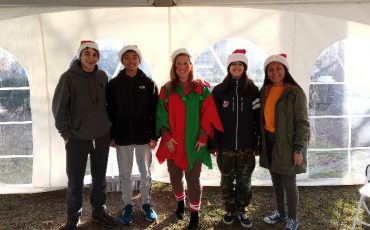