Soccer and life is not always fair-  Anyone who’s ever played or even watched a game of soccer knows that there are plenty of bad calls made by referees all the time, and there’s really nothing you can do about it. That’s just the way it goes. When a player of the opposing team trips over her own feet and the ref calls it a foul because you happen to be close by, it’s hard to swallow. It’s even worse when they score off of the penalty kick. Or when the other team is clearly offsides, but the ref doesn’t see it, it is beyond frustrating. But you just have to accept it and play on because complaining doesn’t help, and often just makes things worse. In a recent game against IHA’s freshman team, one of their forwards was clearly offsides, but the ref didn’t call it. She scored. We lost. And that was that. But hopefully we learned a little something to make things better for the next time. The same can be said of life, right? It’s not always fair, and while there are times to speak up for what’s right, there are also times when you just need to accept the calls that are made and move on. Like when your friends get an extra day to study for a test because of the way the 4-day schedule falls. Or when your teacher gives less homework to one period than the other. It’s not really fair, but what can you do? Study harder, do the homework, and move on because, whether it’s fair or not, there’s always something to be learned from it.

Everybody plays a part- Being on a team is not only about having encouraging teammates on the field, but also on the sidelines.  In a game versus Ramapo, we were down a goal at the half. No matter what we tried, we couldn’t get the ball in the net. It was hard to stay motivated, but the energy from our bench pumped us up. They were on their feet, cheering us on, and by the end of the second half, we had scored two goals to win the game. So, what’s the lesson here? It’s important to surround yourself with people who will lift you up and keep your morale high, especially when things feel difficult. It’s so easy these days to get down on yourself over grades, friendship drama, and just life in general. Having the right people on your sideline can make all the difference in a tough situation.

Take your time- Looking up at what you have on the field is a key element towards success. Lots of times, people rush to get rid of the ball because they’re afraid of making a mistake. Instead of taking a moment to look up and find a teammate to pass to, they end up just kicking it away. A team can play much better if people take the time to look at their options and pass the ball on the ground “to feet”. This is how you keep possession and gradually move the ball up the field. It’s easy at school to throw away opportunities because you’re afraid of taking a risk. For example, you might think you have everything planned out – what classes you’ll take and even what colleges you’ll apply to. But there are so many options and experiences here in high school. If students took time to stop and really look at all the choices they have, they might discover new ways to reach their goals.

Communicate- In soccer, each player has a different view of the field, and communicating what they see and what they need is crucial. This helps people mark players that could end up assisting or scoring goals. Communication also allows players to know who’s supporting them and who’s available for the pass. When teams don’t communicate, things fall apart quickly. Players bunch up or leave huge and vulnerable gaps on the field. Needless to say, communication is just as important in high school. Whether you’re having trouble with a friend or struggling academically in class, it’s important to communicate as clearly as you can about what’s going on. It’s also important to listen to those communicating with you. That’s how we get the support we need and create new opportunities for growth.

Teamwork is key- Some teams have exceptional players with great skill and speed, but often times, these players rely on themselves to advance the ball rather than working together with their teammates. It’s harder to beat players and score goals all by yourself. A successful soccer team is one that works as a whole to pass the ball, come up with different plays, and open up scoring opportunities. Playing together always works better than relying on one person to win the game. High school sometimes seems so cut-throat with people trying to get the highest GPA or the biggest advantage for college, but in the end, who wants to spend the next four years like that? Sharing ideas, learning together, and building off of each other’s strengths is a better way to go and will ultimately prepare you for real life. 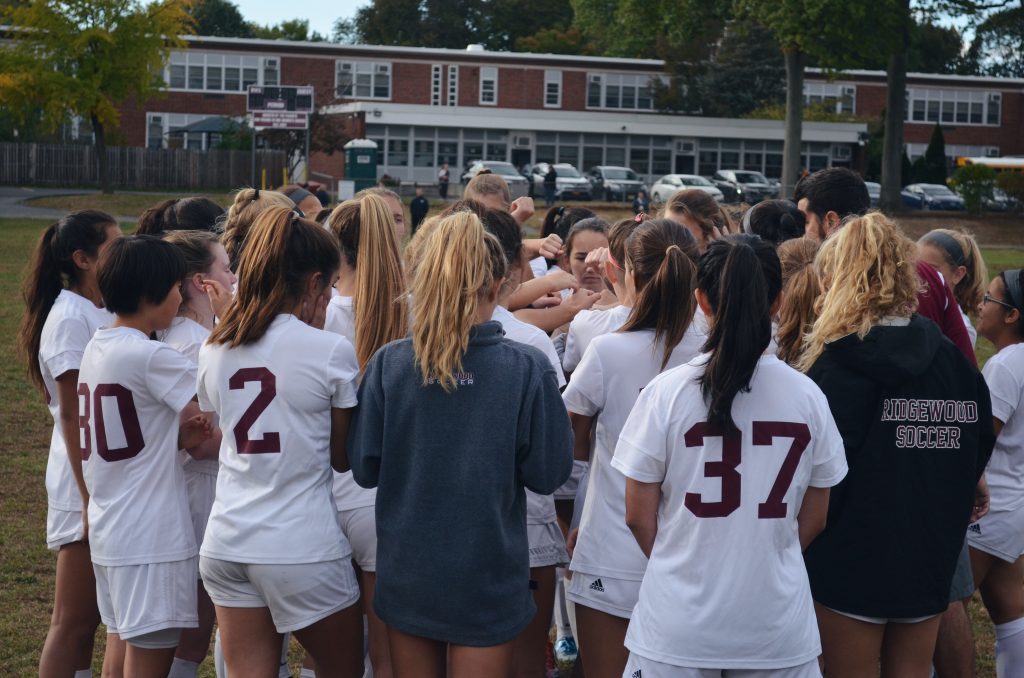 Many other activities, not just soccer, represent high school life. No matter what your passion is, enjoy it, and know that you’re probably learning a whole lot about life too.